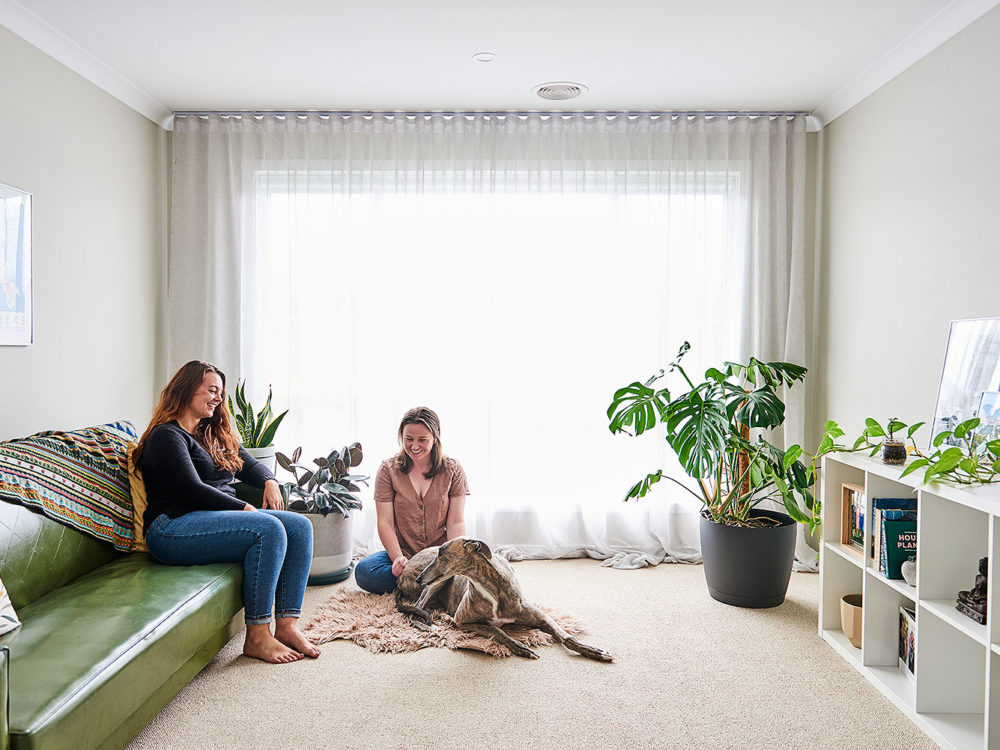 As a first home buyer one of the first decisions you’ll need to make is whether you should buy an established home or build new.

“After comparing prices of existing houses in the area to building, and discovering that existing houses were more expensive—and most of them in our price range needed a lot of work—we decided building was the smarter way to go,” Cassandra says.

“By building we got to pick exactly what kind of house we wanted, what features we could include and we knew that there wouldn’t be any surprises after we moved in. We both also love the design and styling aspect of building, so we had a lot of fun starting from scratch with our own home.”

Last year, after more than five years living in rentals, Cassandra and Ebony moved into their own brand-new home built by Geelong Homes! And the couple couldn’t be happier.

How the building journey began

It wasn’t all smooth sailing for the couple, when the land they had fell through, they were in need of another block. Lucky, they had already been in contact with Geelong Homes.

“Our process was kind of backwards, we found some land that we liked and had a hold on it—this is when we went to look at display homes and fell in love with the Geelong Homes look and inclusions,” Cassandra says.

“We spoke to Ash [Afshar, Geelong Homes new home consultant] at the Warralily display village and he showed us a floor plan that was exactly what we were after—three bedrooms, two living areas, open plan kitchen/living/dining. After deciding on that floor plan our land unfortunately fell through.

“Luckily, Ash had contacts within the estates around our area and helped us find the block we ended up building on.”

Cassandra and Ebony were clear with what they wanted in their new home. A three-bedroom home was the ideal size for the couple and their dog.

“We also knew we wanted a second living area separate from the main lounge. We also wanted a plan that flowed well and was open plan,” Cassandra says. “I didn’t want unnecessary walls and corners, just a functional house that was easy to navigate. When we saw the Bickford 174 it was everything we wanted.”

She says the fact that Geelong Homes use local trades really appealed to them right from the start.

“When we went to look at the displays we really liked the inclusions that Geelong Homes offers and the fact that you had choices in your selections,” she says.

“The floor plan cemented our decision, we chose the Bickford 174 and made some slight adjustments to make it just perfect for us. Our sales consultant Ash made the whole process really easy and we felt very comfortable and never like we were being pressured or sold to.”

Cassandra says for them the process of building a home with Geelong Homes was smooth.

“We had heard some stories of building being extremely stressful but that was not our experience,” she says.

“We had to wait a while for our land to title, which gave us time to finalise all our plans and selections.

“After titling and settlement the build started and our site supervisor Hannah gave us updates along the way, which was great. We were told in advance what the plans were for the coming weeks so we always knew where the build was up to. Our favourite part was watching our choices and vision come to life.”

“We didn’t want a plain white house so we chose colour for all our walls, a warm grey and a sage green feature wall running throughout,” Cassandra says.
“We chose matte black tapware and door handles to give it a more modern look and chose finger pulls instead of handles for the cupboards.

“The biggest upgrade we made to our house was the flooring, we knew we wanted timber-look floors and because we have a dog we wanted something hardy. We chose the Quickstep laminate in light natural oak as we loved the colour and knew it would complement our other selections, it was also scratch resistant, which was a plus for us. A few of our other upgrades were our timber front door, square benchtops in the bathrooms and laundry, alfresco area and a fan in the master bedroom.”

Living in a brand-new home by Geelong Homes

The couple are now settled into their new home and have been busy putting the finishing touches to their landscaping. Since moving in they’ve found their favourite part of their home is their second lounge area.

“It has a huge window which brings in lots of natural light and we have styled it with some sheer curtains which makes it feel soft and welcoming,” Cassandra says.

She says they are happy and plan to live in their “beautiful new house for as long as we need to!”

“Our dream would be to eventually buy some land, an acreage, and build our forever home on that to raise our family,” she says.

And as for advice for other first home buyers wanting to build, Cassandra says:

“No question is a silly question—the amount of times we emailed Ash and Hannah to clarify things was insane, but it reassured us that we were understanding things correctly.

“Something we also did which we would recommend to others is to have a list of priorities ready before selections day—rank your potential upgrades from most important to least so that you ensure you make the most of your budget and end up with what you truly need/want.”

As a first home buyer it can be hard deciding on whether to buy an existing home or build new. But for Cassandra and Ebony the decision was easy.

Cassandra and Ebony discovered that building was a more affordable way to have the home they wanted. And because they knew exactly what they wanted in their home—three bedrooms and two living spaces—they were able to find the perfect home design for them. When the original block they had on hold fell through, Geelong Homes new home consultant Ash, was able to help them secure the perfect block for their home.

They also say they were drawn to Geelong Homes because of our local trades, the quality standard inclusions, and the personalised service offered by their new home consultant Ash and site manager Hannah.

And their advice to others: “No question is a silly question.” 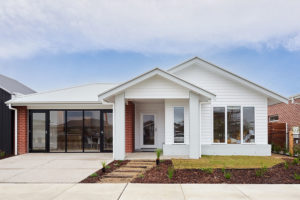 What’s the difference between standard inclusions and upgraded inclusions? 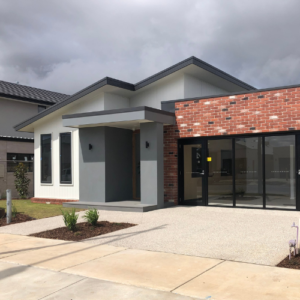