Introducing our newest facade: The Bungalow 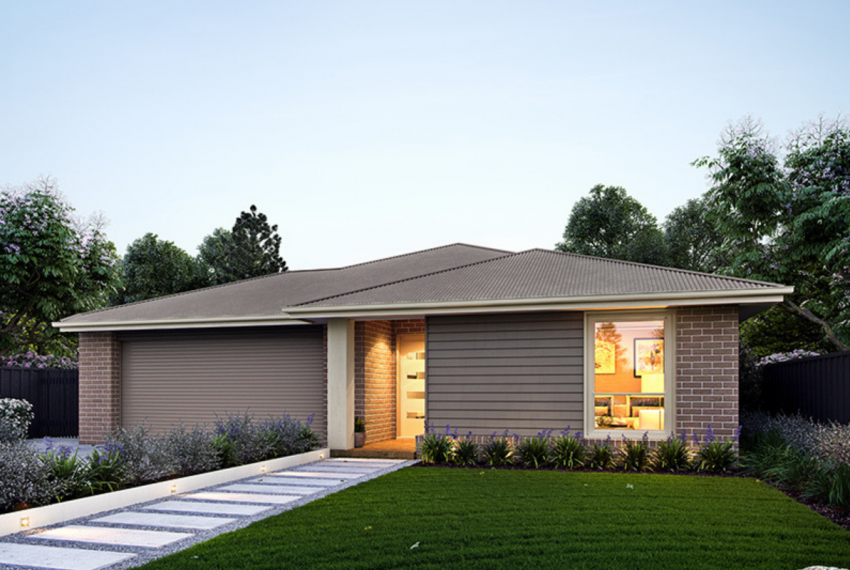 With its weatherboard walls, gabled roofs, small veranda, and bay or stained-glass windows — the Californian Bungalow has been a popular home in the Geelong region since 1910.

And 100 years on, it’s still a popular choice — with many homeowners still drawn to the street appeal of the Bungalow. A quick glance at streets across Geelong today and you’ll see that many of the original Bungalows have been lovingly restored to their former glory.

Geelong Homes loves this style, too. This is why our newest facade is the “Bungalow” — Geelong Homes’ modern twist on the classic favourite.

What is a Californian Bungalow?

The Bungalow style of home can be seen in Geelong’s established suburbs of Geelong West, Newtown and East Geelong. Its signature design elements include gabled roofs, weatherboard walls, and a small brick porch or veranda. Many also include bay windows or stain-glass windows.

According to Culture Victoria: “The influence of American lifestyle and culture was reflected in our localised adaptation and adoption of the Bungalow style. Similarities between the Californian and Victorian climates encouraged widespread acceptance of the style.”

Culture Victoria says Californian Bungalows dominated the building sector in emerging Melbourne suburbs for 20 years leading up to the Depression.

“An increasingly relaxed lifestyle led to greater use of verandahs and the beginnings of open planning,” Culture Victoria says.

Our Bungalow facade adopts many of the signature design elements of the original Bungalow style. The most distinctive similarity is the use of the gabled roof and porch. In our twist, we’ve used the weather boards to create a sophisticated, contemporary design statement.

The use of brick around the garage — pays homage to the original Bungalow’s brick verandah, and creates a feature of the bricks’ distinct earthy texture against the simplicity of weatherboard walls.

One of the biggest appeals of the traditional Bungalow facade are its windows. In many original Bungalow homes, the stain-glass windows or bay windows are an eye-catching design feature.

In our new take on the Bungalow facade, we’ve chosen to use a large, full panel window. This still creates a striking design feature but in a sleek and modern way.

Geelong Homes’ newest facade is a modern take on the classic Bungalow style.

Bungalow homes, most commonly the Californian Bungalow, were built across our state from 1910 to 1930. With its street appeal, the Bungalow was a popular choice of home and still is today. It’s signature design elements include gabled roofs, weatherboard walls, and a small brick porch or veranda. Many also include bay windows or stain-glass windows.

Our modern twist of this classic includes gabled roofs and a porch, which a modern use of weatherboards to create a simple contemporary statement. Our Bungalow facade also pays homage to the original Bungalow’s brick verandah, with a brick garage that creates a feature of the brick’s distinct earth texture against the simple weatherboard walls.

Instead of the traditional bay or stained-glass window — our Bungalow facade features a large, low-set picture window that still creates a striking feature but in a sleek and modern way.

The Bungalow facade has proven the test of time as a classic favourite for more than 100 years. If you love the traditional Bungalow style of many homes in Geelong’s more established suburbs, you don’t have to miss out when building your new home.

To learn more about the Bungalow facade or any of our other facades or designs, contact Geelong Homes today. 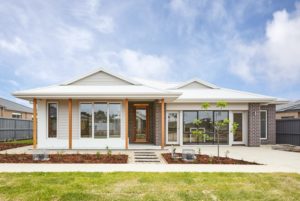 Our 7 steps towards a stress-free build 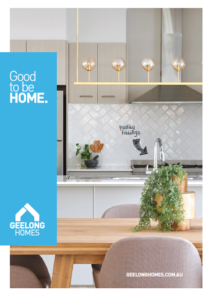