Why Geelong Homes was the perfect builder for these two clients 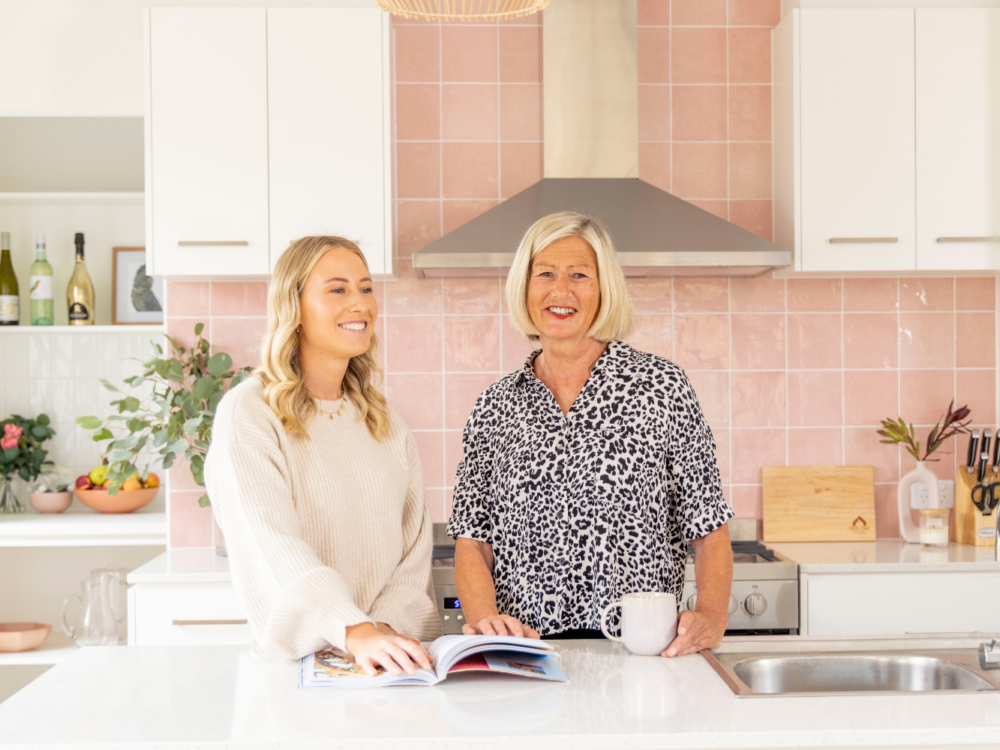 The building journey is full of excitement but there is a lot of information to process and big decisions to be made. And if you’re new to building, it’s always wise to have someone close to you who can support you on your way.

For first home buyer Bridget that person was her mum Helen. However, in this case not only did Helen support Bridget on the build of her first home, the journey ended up inspiring Helen to also take the plunge and build a new home for herself – at the same time!

Where it all started

The Melbourne lockdowns were hard on a lot of people – and for nurse Bridget it gave her the push to pursue her dream of living on the Surf Coast.

“I spent almost two years lockdown in Melbourne in a small apartment,” Bridget says.
“All I wanted was to be back down the coast, by the ocean. The lockdowns were really, really hard. I realised how much I wanted to be close to family and friends, and that’s what inspired me to move back to Geelong.”

Bridget decided building a new home was the best option and came across her block of land in an established part of Drysdale that was close to the town centre.

“I would’ve loved to have bought established, but I just couldn’t afford it,” Bridget says. “Plus when you buy an established home they are often older homes that need a lot of maintenance which would have ended up costing me more money in the long run.

How the journeys began

Bridget chose Geelong Homes to build her home in part because of the excellent customer service she received from her new home consultant Ash as well as the quality standard inclusions Geelong Homes offers.

“Ash is just fantastic, he was so open the entire time,” Bridget says. “I would ask him a question, for example, ‘how much is this actually going to cost me?’ and he was really transparent the entire time.”

With her mum Helen coming to each appointment with her, the talk soon turned to Helen going on her own building journey.

“I had been pestering mum to sell her house for ages as she’d always wanted to build,” Bridget says.

“Mum supported me through the initial process with Ash coming to all of the meetings.

“And then she stumbled across a block of land, and following the start of my process, she said, ‘I’m going to build as well’.”

Helen says as a manager she understands the importance of relationships and respect for individuals’ choices.

“I couldn’t fault the Geelong Homes team on that,” Helen says. “I didn’t understand how big a square metre was so Ash would patiently get out his tape measure to help me visualise the space.”

Unlike Bridget’s block in an established area, Helen opted for an estate in Point Lonsdale. Both women had very different approaches to their build, Bridget as a first home buyer was on a strict budget, Helen as an upsizer had more room to move to splurge on things.

“It’s been fun, Mum and I building at the same time,” Bridget says. “We always got our plans out to compare our homes.

“We had the tape measure out to measure the backyard or the lounge room to try and figure out how big the spaces were.”

Both women have warm, bubbly personalities – which is obvious when looking at their colour selections. Bridget put her mark on her home – choosing a pink feature tile for her kitchen splashback – while Helen opted for a muted grey to tie in with her brightly coloured furnishings to create a warm, welcoming home.

“It’s been great to have someone to compare things with. And we did our colour appointments together – so that was a bit of fun,” Bridget says.

“We had different takes on things, so it was interesting to see what she liked compared to what I liked.

Much of Bridget’s experience was done over FaceTime with her mum visiting the site for her on the weekends.

“I think the build felt quicker for me because I wasn’t visiting the block every single day, I wasn’t obsessing over the little things that were happening and I wasn’t caught up in the timeline,” Bridget says.

“Last year there were some delays, but I barely even noticed them. My site manager Jeremy was really open the whole time and said, ‘look, this might take a bit longer’.

“I always hoped that I would be in the house sooner rather than later, but I always had a realistic timeline because of Jeremy’s communication.”

Helen’s experience differed in that being based on the Surf Coast she was able to be a lot more available during her building process as well as keep an eye on Bridget’s too.

“When I got a bit overly focused on something Jeremy would – patiently – allow me time to get over it as I processed it,” Helen says.

“Mum got to see the whole experience because she was obviously down the coast, whereas I saw a lot of it through FaceTime,” Bridget says.

“Mum was able to watch everything. She would visit her house every day and watch it being built and then she’d pop over to my house every weekend.

“I also have a really nice neighbor across the road, who kept me up to date with the build by sending me photos.”

The two women both chose Geelong Homes’ Classic facade but two different floorplans. For Helen she selected the Bickford 174 – a clever and compact three-bedroom, two-bathroom home. The more compact design also allowed Helen, an avid gardener, a bigger space to landscape her garden.

“I upsized – I had always been renovating,” Helen says. “I moved from a tiny house with no dishwasher and the other conveniences you would expect from a new home to an amazing modern home.”

Bridget on the other hand chose the Thornhill 212 design – a great option for a first-home buyer taking a step onto the property market.

“It was a really good process and I always tell people who are thinking about building to shop around and make sure they get what you want,” Bridget says. “I also say that it doesn’t hurt to ask, because if the builder can do it, they will. And if they can’t, they won’t.

“I have genuinely had a really good experience. Everyone has been fantastic from the colour appointment to our site manager Jeremy down to Ash our new home consultant. You could always email or text a question and everyone would get back to you pretty quickly.

“My building journey was a really positive experience and I felt really supported the entire way.”

Every building journey is different – just take a look at the building experiences of Bridget and Helen.

First home buyer Bridget began her building journey with her mum Helen supporting her as an observer. But the great experience with Geelong Homes inspired Helen to also build – at the same time!

Together this mum and daughter went through building two different Geelong Homes designs in two different locations on the Bellarine Peninsula.

Now the two women are settled in their new homes – and they couldn’t be happier.

To learn more about building with Geelong Homes 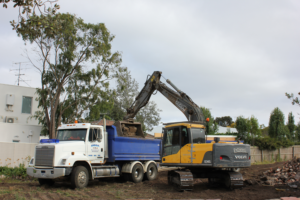 Why you should consider a knockdown rebuild with Geelong Homes 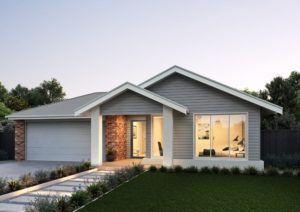